I haven’t posted a dessert/sweet recipe in a while so I thought why not? I am still trying to master the art of a baked cheesecake so for now I just make no-bake ones, they’re just so simple and easy.

I came up with this combination because I wanted to use up some of this hazelnut and chocolate spread I got from Italy, it’s like Nutella but richer, although Nutella is a perfect substitute. As soon as I tasted it I knew I had to add it to some kind of dessert. Another thing I wanted to use is kinder bueno as lately I have just been obsessed with them.

This is a very simple one that just looks fancy, so it’s perfect if you’re trying to impress someone or have guests over and suck at baking (like yours truly).

You can decorate it as you want and as you can see from the picture my piping skills have a long way to go, but honestly, I only dropped the piping bag once this time and for me that’s an achievement.

Start by blitzing the digestive biscuits, I do this in my nutribullet as I don’t have a food processor, you can also just put them in a bag and bash them with a rolling pin. It doesn’t matter how you do it, as long as the result is basically biscuit powder. Mix the biscuit powder with the melted butter until it is combined and press it into a 6inches spongiform tin. Put it in the fridge while you make the filling.
For the filling add your cream cheese, vanilla and icing sugar into an electric mixer and whisk until combined.Pour in the double cream and continue to whisk until it thickens and is no longer liquid. Once it has thickened add in your nutella and whisk again for a few seconds until it is combined.

Break up 3 kinder buenos and fold them into the mixture. Pour it onto the biscuit base and spread it evenly. Put into the fridge and leave it to set while you prepare the cream.

To make the cream simply mix 3 tablespoons of heavy cream with 2 tablespoons of icing sugar and whip it with an electric mixer until it is thick and can stand on its own. Put it in a piping bag and decorate the cake as you like. I alternate between cream and a piece of kinder bueno.

Leave your cake to set in the fridge for AT LEAST 4 hours, ideally overnight. 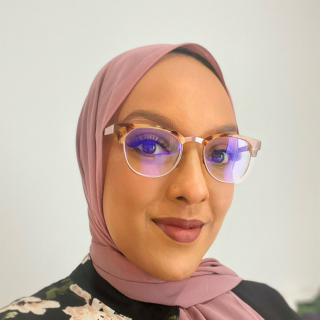 I am a London based mum and food blogger, with a passion for cooking and trying out new recipes.